Recently I was poking around on the internet and came across an article talking about the old GM and vs. the new GM. Boy was I surprised! It looks like GMC has been working a fierce new design for their Sierra HD truck. The Detroit auto show will feature the GMC Sierra All Terrain HD concept vehicle.

GM has a great design. The first feature I would like to point out is the integrated front bumper skid plate. They have developed a very clean and fresh integration between the bumper and skid plate. The grill blends very nicely and actually resembles the Ford F-150 SVT Raptor quite a bit. I bet GM saw the success of the Raptor and decided they would like to get a piece of the off road pie as well. However, GM is taking a different approach and creating and off road ready Heavy Duty vehicle.

The truck will feature the unbeatable duramax and Allison transmission combo.  The 6.6 Liter turbo diesel V8 will hum beautifully in the desert with the Allison 1000 6 speed automatic transmission. Currently the new duramax is outputting 397HP with 765ft-lbs of torque.  You will definitely be able to pull your friends out of a ditch! GM stated that this new combo can tow 6.5 tons (13,000lbs), all the while being 11% more fuel efficient.  The truck will have a 5ft 8inch crew cab and a short bed. The environmentally aware will also like the fact that while you are haulin ass through the desert, you will be outputting 63% fewer carbon emissions! Well done GM, well done! 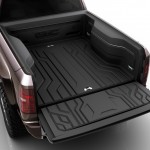 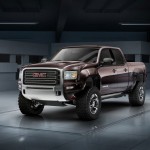 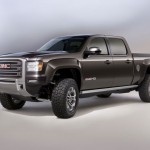 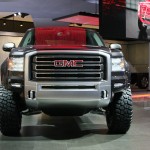 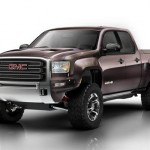 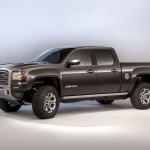 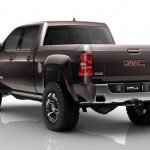 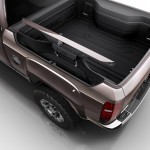 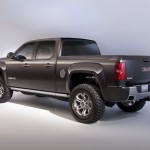