Ken Block is the world renown rally racer, Gymkhana champion, and DC Shoes co founder. After switching to the Ford Fiesta in 2010 and providing a much needed marketing and popularity boost for Ford, executives decided that maybe they should reward the rally legend. Well if he already has the ford fiesta then, they might as well send him the 2011 Ford Raptor SVT! Apparently Ken decided to pimp out his ride and wrap the truck in a matte black vinyl wrap. The king of matte now has a new vehicle in his arsenal. Check out the pictures below. Do you think Ford should give you a free Raptor? If so post below, and we will try to get ford to setup a sweepstakes for SocalPreunner members! 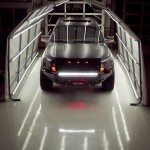 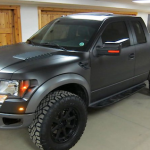 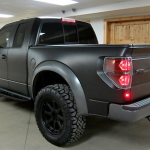 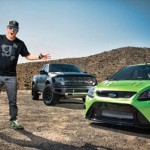